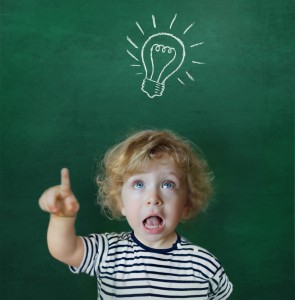 Our top tips for living with an eczema toddler: 1) minimise itch with a good skin care regime and by avoid triggers, 2) deal with itches promptly with distractions and soothing, 3) protect skin or cover hands when necessary, 4) avoid tantrums where possible, 5) think carefully about where you use for ‘time-out’ and 6) time potty training to minimise scratching and skin irritation.

Toddlers are amazing little people full of a wonderful enthusiasm, energy and innocence. But they lack common sense and live in the moment. They are also self-centred and attention-grabbing and love the word ‘No’, largely because it gets them the attention that they crave. For a parent this can be a really challenging age, when it’s impossible to stick to plans and you are frequently frustrated. And if you have an eczema toddler, things can be even more challenging…

What is going on in a toddler’s head?

The brain is a wonderful and complex gadget with the bits relating to self-monitoring and common sense housed in the frontal lobes. These frontal lobes take a while to develop and so have very limited functionality before the age of about 3. Children under 2 just don’t have the capacity to think out possible outcomes from their actions and those between 2 and 3 only have a very limited forethought and common sense. This is why toddlers are so impulsive and, at times, impossible!

Given their lack of control and forethought – if a toddler’s eczema is itchy, they are going to do everything they can to scratch regardless of the consequences. Any amount of reasoning isn’t going to change that, because they just don’t understand.

In our experience the only realistic approach to a toddler scratching their eczema is to:

Tantrums and the Eczema Toddler

According to the NHS, some people report that getting hot, sweaty, or stressed triggers or worsens their eczema symptoms. Therefore, it makes sense that a common side effect of having a tantrum for an eczema toddler is increased itching (and scratching) caused by getting hot and bothered.

For an eczema toddler, a common side-effect of having a tantrum is increased itching (and scratching) through getting hot and bothered. We used a strategy of tantrum avoidance, especially when our eczema toddler was very young. We taught both kids baby signing in a fairly successful attempt to minimise the frustration of not being understood.

Our other tactic was distraction: as soon as it started looking like a tantrum might be imminent we would find something different to do, produce a toy, or just turn the toddler in question upside down (always a winner with our kids!). If the trigger for a potential tantrum was a battle of wills, unless there was a really good reason why our way was better, we’d do things their way. If there was no way to avoid a tantrum, we would open a window in an attempt to keep them cool and leave them to it and deal with the itching as it happened.

Without an audience, the tantrums didn’t tend to last too long. By largely avoiding or ignoring tantrums when they were young, our kids have never worked out that a full-on public tantrum might be an effective way of manipulating us. They seem to have growth out of the tantrum stage relatively quickly and easily.

Before the age of about two, toddlers do little that is devious or nasty, they don’t have the capacity to and their ‘naughtiness’ is down to lack of sense. According to an article in Psychology Today, ’56 per cent of parents felt that children under the age of three should be able to resist the desire to do something forbidden, whereas most children don’t master this skill until age three-and-a-half or four.’

A firm word about why what they did was wrong and the ‘disappointed face’ usually does the trick. Remember that toddlers will understand more from your body language and tone of voice than they will from the actual words, so make sure you act disappointed as well as saying it.

But there are times when the ‘line’ is crossed and the well-known time-out technique is necessary. For eczema toddlers, who are probably already hot and bothered, this can be an opportunity for scratching so picking your ‘naughty spot’ needs some forethought. Choose somewhere cool where you can keep a discrete eye on the miscreant, it also helps to have something to fiddle with close at hand. We use the doormat by our incredibly drafty front-door. It is cool, has clearly defined boundaries, it’s not scratchy (it’s a cotton Turtle mat), it’s out of the way of the rest of the house but we can see it from a number of places and there is a pot plant with cool stones covering the soil next to it. The stones invariably end up on the floor but we put them back together at the end of the time-out.

There’s plenty of guidance on how to go about potty training, but with an eczema toddler there are some other considerations to take into account:

On the plus side – frequent trips to the potty gave us a great opportunity to moisturise our eczema toddler’s legs!

This is what worked for our eczema toddler. What has worked for yours?

Here at ScratchSleeves we don’t just share our experiences of bringing up an eczema child and favourite allergy friendly recipes, we also manufacturer and sell our unique stay-on scratch mitts and PJs for itchy babies, toddlers and children. We now stock sizes from 0-16 years in a range of colours. Visit www.ScratchSleeves.co.uk for more information.